This page is oriented to AGD newbies, some arguments could sound obvious to experienced programmers.

The first AGD option is about the character set, that is a tool to modify every single character easily. However, many users would like to load an external file, by pressing “L” from the AGD character set menu. 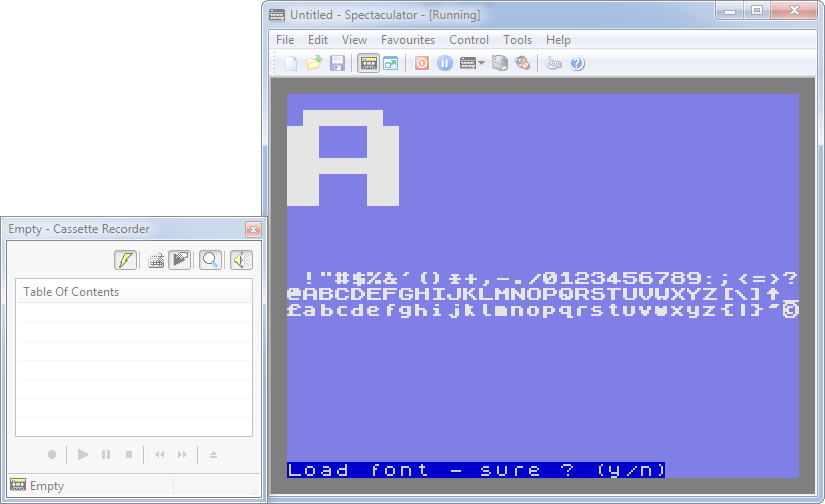 The ZX Spectrum character-set has 96 characters, 8 bytes each, that is a total length of 768 bytes. AGD stores the character-set starting from the memory address 31232. The good news is that, even if you have a ready-to-use character set file located e.g. at 50000, the load function will automatically readdress the code in order to match the AGD specifications. Here’s the result… 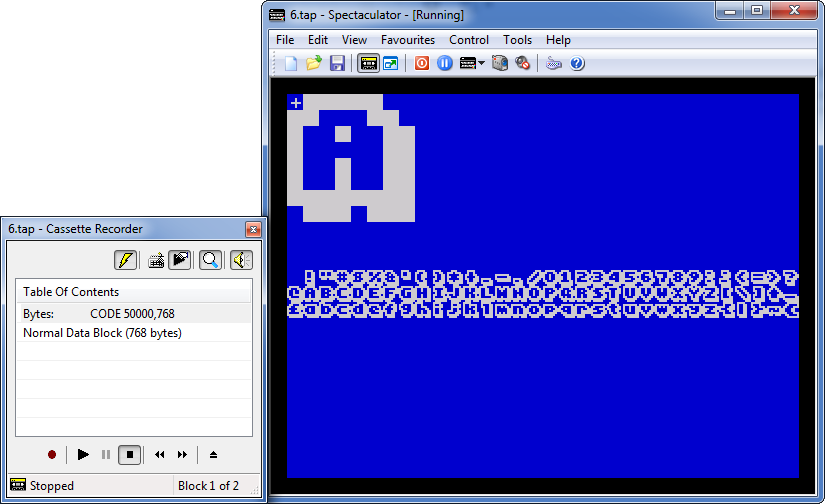 …so, if we want to edit and export our new font, maybe through the emulator’s option, now we know the AGD memory references: 31232,768.